While it is known simply as the Mazda6 in North America, this sporty number is better known as the Mazda Atenza in the land of the rising sun. And now it’s getting the MazdaSpeed treatment. The souped up version is scheduled to make its official debut at the 2008 Tokyo Auto Salon, but here’s a sneak peek at the dressed up model.

Like all of the other cars that have been on the receiving end of MazdaSpeed, the Mazda Atenza MazdaSpeed Concept is getting a refreshed look by way of new front and rear bumpers, side skirts, and a lower ride height. They’re also tossing a set of 18-inch wheels as well, though there is no mention as to what sort of performance upgrades — if any — that the four-door will get.

Mazda has mentioned that they don’t plan on reviving the MazdaSpeed moniker for the next-generation Mazda6, so it’s quite possible that all of these accessories will instead be available as factory-installed aftermarket accessories instead. 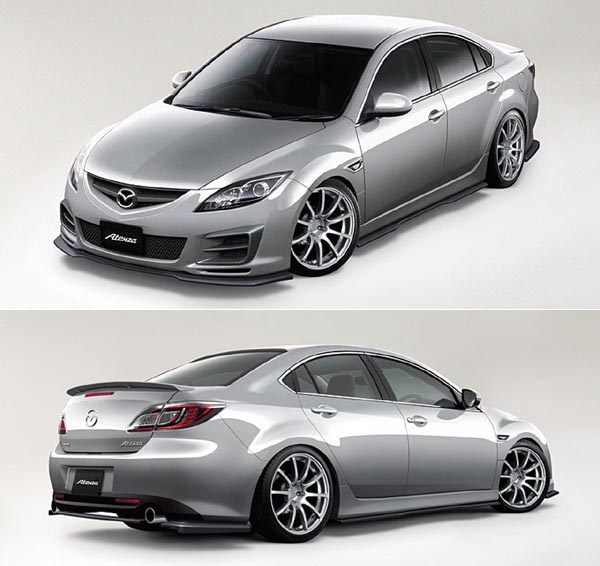