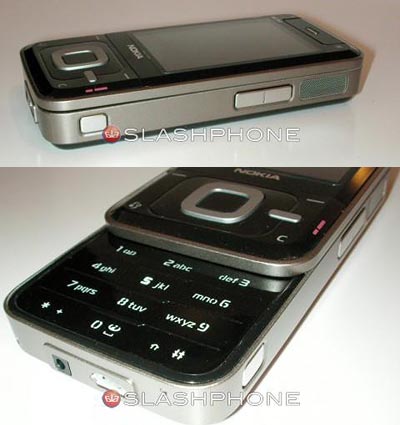 By most accounts, the first generation Nokia N-Gage didn’t fare quite as well in the marketplace as the Finnish company had hoped, but now they’re ready to fully engage (bad pun, I know) back into the world of mobile gaming. You may have seen the official announcement of the Nokia N81 before, but here is a hands-on video with the 8GB version, comparing it from every angle with the Nokia N95 8GB.

Equipped with the latest generation of the N-Gage gaming engine, the Nokia N81 is very much geared toward the mobile gaming and entertainment junkie. When held on horizontally, the earpiece portion turns into a gaming directional pad, whereas the main navigation keys turn into gaming buttons. Pretty sweet.