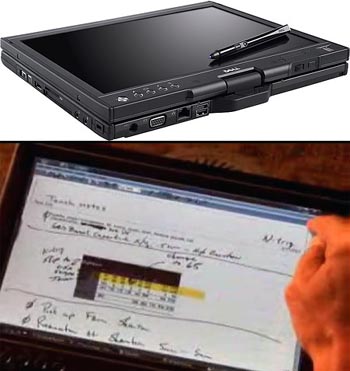 Remember the Dell Latitude XT Tablet PC that was officially announced yesterday? It’s already pretty exciting to see Dell enter into the world of Tablet PCs, but it turns out that the twisty computer has yet another trick up its sleeve. As luck would have it, the XT Tablet PC comes equipped with multi-touch capabilities, much like the user interface found on the ubiquitous Apple iPhone.

That’s the good news. The bad news is that while the computer is technically capable of this ability, boasting all the necessary hardware, the Latitude XT does not have the software to run multi-touch. The capacitive touchscreen will get the necessary software and/or drivers when the latter are released at a “later date.” Dell didn’t get any more specific than that.

Don’t you hate it when they tease you like that? Seeing how the computer is capable of multi-touch, I imagine that the hackers and modders will be able to unleash that capability before any official drivers are released.