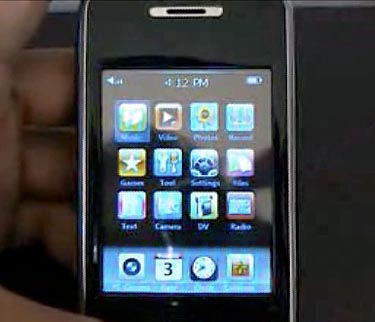 Many people may be lusting after the iPod Touch this holiday season, but the somewhat hefty asking price can be quite the hurdle to overcome. What if I told you that you could buy a 4GB version for just $109? If you think that it sounds too good to be true, you’re probably right, because this product really has nothing to do with Steve Jobs and Cupertino.

Inspired by the real iPod touch is a product called the Optimus Touch. It takes on a near identical form factor and the touchscreen-based user interface looks a heck of lot like the Apple one. There are several notable differences, however, both good and bad.

On the upside, the Optimus Touch adds things like a 1.3 megapixel camera, miniSD expansion slot, FM tuner, a bevy of language support, and XviD/DivX support. On the downside, you lose WiFi and the build quality is definitely not as good as the Apple product.