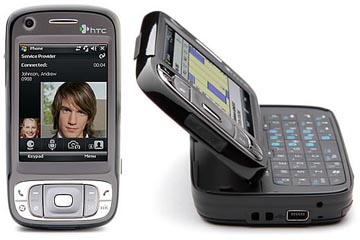 I know that HTC is doing pretty well these days, having vastly increased their brand presence in North America, but I didn’t know they were doing this well. According to their financial reports, HTC raked in $14.5 million in November 2007, a significant improvement over the $10.6 million earned during the same period last year.

Crunching these numbers through a trusty calculator will reveal a year-over-year increase of 32.74%. That’s almost 1/3 better! Imagine if you suddenly enjoyed a 32% pay raise and you’ll start to appreciate how far this company has gone by releasing the Touch, the TyTN II (pictured), and the Advantage. Naturally, this success doesn’t extend to the entirety of 2007.

From January to November of 2006, HTC reported a revenue of $98 million compared to the $107.2 million earned during the same period in 2007. That’s just a 9% increase, but you have to admit that things are looking pretty bright for HTC.