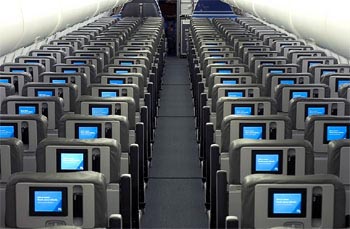 JetBlue is typically known for being a budget airline, but they’re about to ramp up with a feature that many of the big boys don’t even have yet. The company has announced that they will be offering a version of WiFi on certain flights and planes, granting their customers access to the world wide web, even if they happen to be thousands of feet in the air.

The initial tests will take place over the course of the next few months and the limited-bandwidth version of WiFi will come with a few restrictions. For example, we hear that JetBlue has partnered up with Yahoo and RIM on this effort, so it’s likely that “early versions” will be “limited to services offered by those two companies.” The good news is that during this feeling-out period, the WiFi will be completely free.

After ironing out the kinks, a more robust version of WiFi will likely be offered for around $10/flight. American Airlines has announced similar plans for their planes.