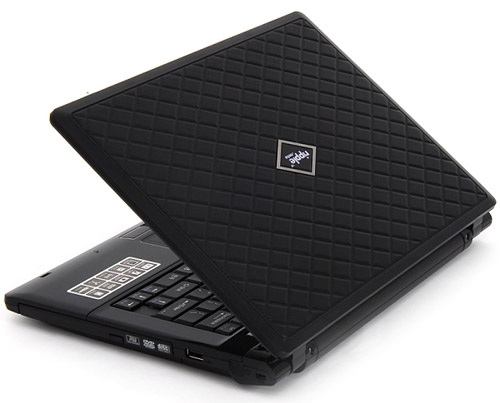 Pixel Lab Korea has unveiled their new Ripple Note T7700 laptop. It looks like what would happen if you stuck your computer in a waffle iron. It almost certainly doesn’t taste like waffles, though. The notebook will be usable for a wide range of applications thanks to the Intel Core 2 Duo T7700 CPU. To go with that it has 1GB of turbo memory, 2GB of DDR2 SDRAM, and a 160GB hard drive. Wireless access is via an Intel WiFi Link 4965AGN 802.11 a/b/g/n chip.

Data can be accessed from a wide variety of sources thanks to a 7 in 1 multi card reader. You can even become a web cam superstar with this portable waffle thanks to the 1.3 megapixel built-in camera and the built-in microphone. That’s about all that we know about this machine, but it doesn’t really matter for most of you out there anyway – this thing is only being released in Korea, and it’s a longshot that it will cross to North America.