Robots have been created to do a lot of ridiculous and totally unnecessary things over the years. Here’s one, though, that actually makes sense. A London-based firm has deployed a group of fire fighting robots. Taking after the bomb-defusing robots that we are already familiar with, these robots are being used in a trial to respond to any fire in which dangerous acetylene cylinders are present. Without the robots, the areas with the cylinders in a danger zone are typically just cordoned off until they either explode or it is deemed that they won’t.

That can take a day or more, so the robots can speed up the process without risking human life. The robots work in a team of three – the Talon uses thermal and video cameras to identify the presence of the cylinders, the Brokk 90, a giant at 2160 pounds, can rip apart walls to get access to the cylinders, and the Black Max uses a high powered hose to douse the fire and cool the situation. 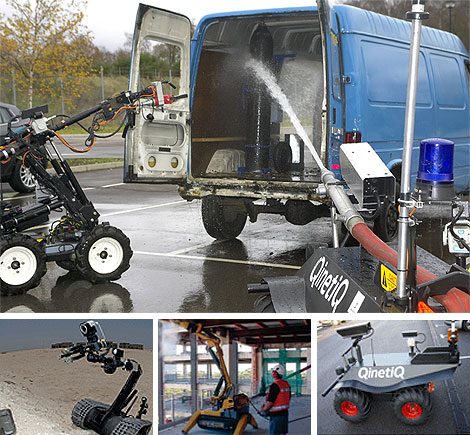