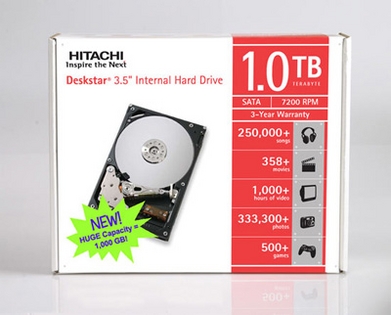 The computer geeks out there (you know who you are) will know that there is a big difference between a binary megabyte (1,048,576 bytes) and a decimal megabyte (1,000,000 bytes). The two different numbers make hard drives seem to have less capacity than expected, and it has forced lawsuits and general unrest. On a large drive, the difference between the two sizes can be extreme.

A new unit of measure may be introduced to deal with this problem of perception. Legal changes may force us to get used to the awkwardly named tebibyte and gibibyte. A tebibyte is a TB counted in Binary. By using that new measure you could eliminate confusion among consumers about how much capacity a drive actually has, and make it much harder for manufacturers to deliberately mislead the public by making their drives seem bigger than they actually are. Drives could soon have their capacity listed in both tebibytes and terabytes. Confusing perhaps, but ultimately helpful.