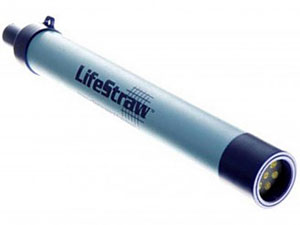 In most of the places where the readers of this site are we are lucky because we have easy access to fresh water. That’s not the case in most of the world. The LifeStraw Mark II is deigned to help people turn undrinkable water into pure potable pleasure. It’s a straw that you use as any other straw, except that it contains a filter that removes 99.999% of waterborne bacteria and 98.7% of waterborne viruses. This isn’t a new concept – an earlier version of the LifeStraw and another product called the iStraw did the same thing, but both left an unpleasant iodine aftertaste that defeated some of the point of making drinking water easy to access. Obviously, this invention could be great for the developing world, but it’s one of the frustrations of our world that the $20 price tag is insignificant for those who don’t need it but insurmountable for many of those who do.