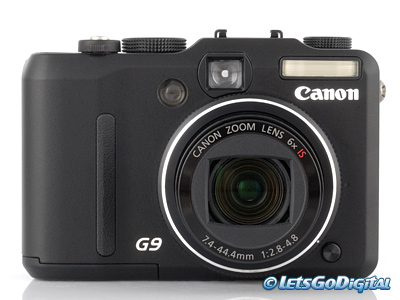 The Canon PowerShot G9 has come to life, and some reviews are in. You’ll obviously want to spend some hands-on time to determine if it is the right camera for you, but here is a bit of what you can expect.

The G9 continues in the trend of the G7 – a compact camera for power users who don’t want to carry around their DSLR all of the time. This model adds the RAW format for the first time, has a ridiculously impressive 12 million pixel image sensor, and has a larger screen on the back of the camera than before to make the camera more usable. The G9 has also made aesthetic changes, moving away from the silver look of the G7 back to a more traditional, classic black. The lens has 6x optical zoom that goes from 35-210mm, but one criticism that arises is that Canon chose not to include wide angle on this model.