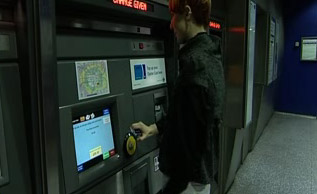 In Britain, train customers can use the Oyster card to pay for train tickets and to make small purchases at selected shops without having to carry cash. Now O2 and Nokia have teamed up to incorporate Oyster card functionality into a phone. In a trial that will start next year, phones will feature a built-in RFID chip so you can pay for your ticket or make purchases just by swiping your phone over the Oyster reader. Users will be able to pay two ways – they can either pay in advance and have the charges deducted from their total, or they can have the charges added to their phone bill. This is not the first time that m-commerce has been attempted in the U.K., and it has not been particularly successful in past attempts, but the partners are powerful this time, and the time may just be right. It helps that the Oyster program is a success to start with, so the program isn’t starting from scratch.