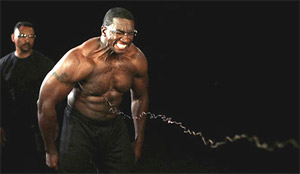 It seems like every time you turn on the news these days, at least here in Canada anyway, someone else has died after being Tasered. The U.N. isn’t too excited about the situation, either – A U.N. committee has said that the use of the Taser X26 stun gun amounts to torture. Needless to say, Taser isn’t too happy about the whole situation, and they had something to say about it, too. According to the company, the U.N.’s Committee Against Torture is “out of touch with the reality that confronts law enforcement officers every day worldwide.”

Both sides have thrown out studies about the use of the weapons, and have discredited studies produced by the other side. Pretty typical stuff in a case like this. I have no way of knowing if a Taser is torture or not, but I do this know – if you don’t want to find out one way or the other, just avoid doing anything that might get you Tasered. By the looks of the picture here it doesn’t seem like much fun.