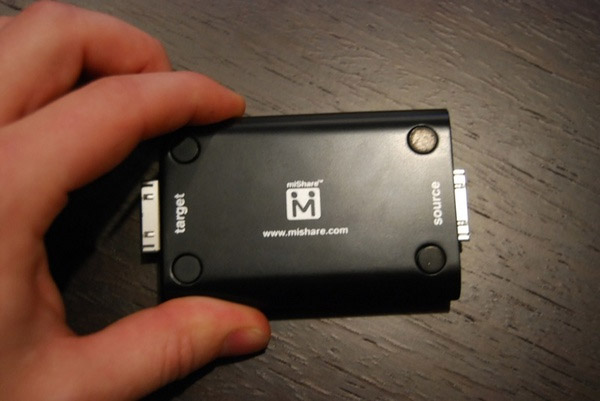 I have an iPod and so does my wife (and every other person on the planet). Using them is fantastic, but it is a real pain to share music between them. That’s why the miShare is so exciting. It’s a Linux box that allows you to connect two iPods and share content between them. The miShare has its own lithium-ion battery and operates with the push of a button. With it, you don’t need a computer or anything else to transfer whatever files you want between two of Jobs’ little wonders. The transfer isn’t exactly light speed – about 10 seconds per song – but it’s better than nothing. Since the device is Linux-based it is obviously evolving and being improved constantly. It only works with some effort with the new Nano and doesn’t support the iPhone or iPod Touch, but those problems are all being worked on. At just $100 it has the ability to solve some headaches in multi-iPod households.