Technology is, for the most part, space aged in its advancement, but there are some areas that still seem archaic in comparison. Chief among them – DVD burning. It seems way more complicated than it needs to be every time I sit down to do it. The Canon DW-100 may be just the answer. It allows you to take high-def AVCHD video from your camcorder and burn it right onto a DVD. You don’t have to get your computer involved in the process at all.

That idea is simple and pleasing enough, and could be a hit when it is released in March of next year provided the price, which has yet to be set, is reasonable. Many people will be much happier popping a DVD into the player to watch their movies than messing with wires and cables and such. The uses aren’t limited to that, though. The DW-100 can also be used as an external burner for any PC or Mac. 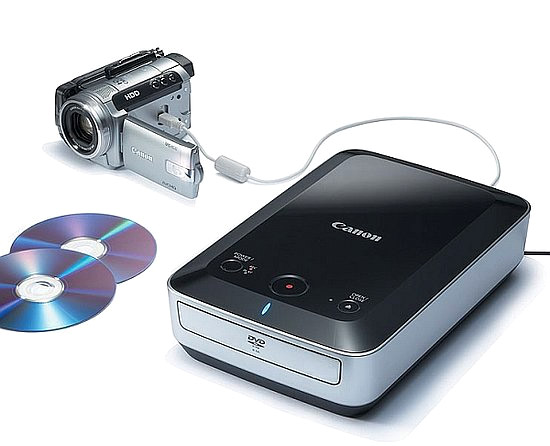