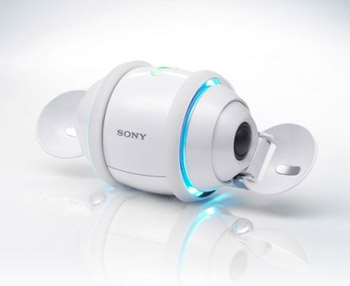 If you understand the appeal of the Sony Rolly speakerbot then you clearly see things differently than I do. If you have missed hearing about this device, it’s an mp3 player that dances around on two wheels in time to the music it is playing. It has yet to hit the North American market, but it’s no surprise that it is doing well in the Japanese market that it seems for appropriate for. It’s doing so well there that Sony is rolling out a special edition Christmas themed Rolly which comes preloaded with Japanese versions of classics like Santa Claus is Coming to Town and White Christmas. Getting your own Christmas Rolly involves both residency in Japan and a major investment – this little dancing queen sells for $380.It is expected to ship on December 19, so it will arrive in homes just in time for the big day. My suspicion is that if you got the Rolly on the day it came out the novelty would have long since worn off by Christmas day, but maybe I’m just a big Scrooge.