Is this the future of Lotus? I’ve been a pretty big fan of the lightweight vehicles from Lotus for some time and this latest toy-sized concept from Hot Wheels could point toward the company’s future directions. Interestingly, the design for the toy car didn’t come from Hot Wheels. Instead, Mattel turned to the automaker itself for inspiration and designs, meaning that this could very well indicate what Lotus engineers want their cars to look like.

The unnnamed Lotus Concept boasts a “slightly froggy looking design.” The rear wheel wells bulge out considerably, so they can hardly be considered simple fender flares. I’m not sure how that relates to aerodynamics, but it certainly looks totally badass. Designed by Russell Carr, the Lotus concept has a definite sense of aggression to it, but at the same time, it’s “cute” enough to pass off as a toy car. Many of the lines found in the Exige and Elise are also maintained.

Other Hot Wheels dreamed up directly by the automakers include the Ford Gangster Grin, the Honda Racer, the GM Chevroletor, the Mitsubishi Double Shotz, and the Dodge XP-07. 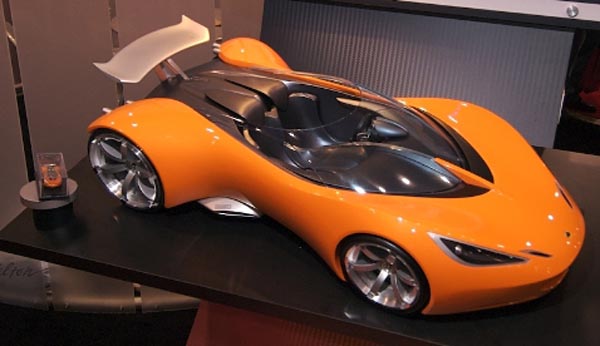