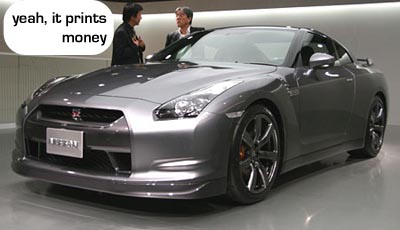 As if the highly anticipated Nissan GT-R wasn’t attractive enough, the automaker decided to price the supercar at a very attractive price too. Don’t expect that sticker price to hold up at the dealer level though.

At one point, Nissan was considering a plan that would void the GT-R’s warranty if it was sold in the first year. This was in an attempt to thwart early adopters from flipping the car for a profit. They eventually canned the idea, but they’ve realized another threat and it’s one from within. Just like what happened with the Ford GT, Nissan almost expects their dealerships to mark up the price on the GT-R. After all, only about 1500 will be sold in the first year.

On an official level, Nissan can’t tell dealers what they should and should not charge for the hot new supercar, but they will “counsel them on why they shouldn’t” toss in a massive markup on the GT-R. Like they’ll listen.