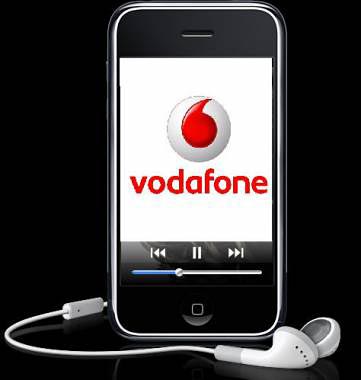 Here’s a twist of fate for you. After Vodafone filed a complaint against T-Mobile Germany for selling locked iPhones, the former has apparently snagged the exclusive rights to a much better prize. Some sort of inside source is reporting that Vodafone will be the exclusive carrier of the 3G Apple iPhone for all of its coverage areas. Meanwhile, T-Mobile is shaking its fist.

According to some Italian blog site (morse.it), Vodafone’s version of the Apple iPhone will come equipped with high-speed UMTS connectivity, easily outperforming the pace of the current GPRS/EDGE model. What’s more, this exclusive agreement does not have any effect on existing relationships, because the “old” exclusive deals were for the 2G/2.5G iPhone only and not the 3G unit.

Vodafone is being pretty strange here, because they are criticizing T-Mobile for having exclusive German rights to the iPhone, while simultaneously grinning from ear to ear with their own 3G deal.