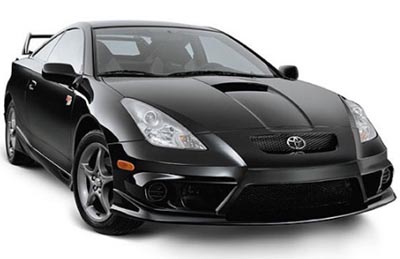 Toyota has long since had a reputation for having safe cars that weren’t particularly exciting. Years ago, they had offerings like the MR2, Supra, and Celica to get our blood pumping, but the company is moving even further into the boring segment by really pushing the Corolla and Camry, for example. After ditching the Celica in 2005, the Toyota brand was left without a sports coupe. Don’t tell me to buy a Solara, because that car just doesn’t have the same personality as the Celica.

The missing chunk from Toyota’s lineup may soon be filled again, because Automotive News is reporting that the Toyota Celica may be revived for the 2009 model year. As it stands, the current rumor is pointing toward a European release with no real mention of a North American launch at all. No details have been revealed, but we imagine that the new Celica will still be a four-banging sports coupe priced at the lower end of the market.

Personally, I think it’s a great move for the company. The Yaris isn’t exactly a well-respected compact sports car, after all.