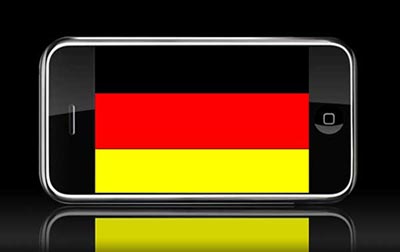 Remember how Orange of France is selling unlocked iPhones so that you could theoretically take the handset to another GSM carrier? Well, it turns out that T-Mobile of Germany may soon have to do the same.

A court order has been issued, telling T-Mobile Germany to stop selling locked iPhones. The German carrier is being ordered to sell the newly released European Apple iPhone without contract and without a lockdown to the T-Mobile network. Naturally, T-Mobile Germany is pretty upset over the whole matter, because they presumably had to fork out quite a bit of dough to land a German exclusive on the iPhone.

And who was it that went to court over the matter? One of T-Mobile’s greatest competitors, of course. Vodafone of Germany (officially) says that they want “to keep Germany’s cell market free from locked handsets and further contract restriction.” Right. And losing customers to T-Mo has nothing to do with it.

T-Mobile Germany is not allowed to sell any more locked iPhones until the matter is resolved.