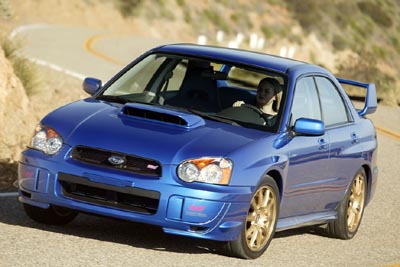 Ask any Subaru owner why they decided to buy that car. Nine times out of ten, they’ll either mention the boxer engine or the AWD drivetrain. If Subaru goes ahead with current plans, both of those critical features could be on their way out. Currently, every Subaru that drives off the lot is powered by the company’s signature boxer engine, providing simultaneous power to all four wheels. It’s tradition.

Unfortunately, that configuration may have a very difficult time complying with new emissions and fuel economy standards and as such, Subaru may be forced to offer all-wheel-drive and boxer engines “as available options rather than standard equipment.” I can’t even begin to imagine driving a Subaru that doesn’t have AWD. They’ve had AWD standard since the 1980s.

If these changes do happen, they won’t happen until at least 2010, according to Subaru Australia chairman Trevor Amery. “One of the reasons we chose to become an all-wheel drive company only was so that we wouldn’t confuse people with our message – and these are some of the things that are going to stand us in good stead for some time.”