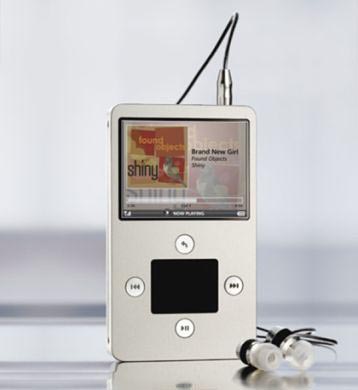 The Microsoft Zune isn’t the only portable media player with a WiFi connectivity. Haier America has just revealed their new ibiza Rhapsody Wi-Fi portable music and video player. As its name suggests this iPod-looking device sports integrated WiFi with which you can grab Rhapsody content on the go. It’s not WiFi iTunes, but it’s just as good right?

Along with wireless access to the Rhapsody digital music service, the Haier ibiza can also latch onto AOK Video “and other content” when you are within range of an available WiFi hotspot. Other specs include a 30GB hard drive, FM radio, stereo Bluetooth, 2.5-inch QVGA LCD, USB 2.0, and support for both WEP and WPA security. Haier is also planning 4GB and 8GB flash models in the near future.