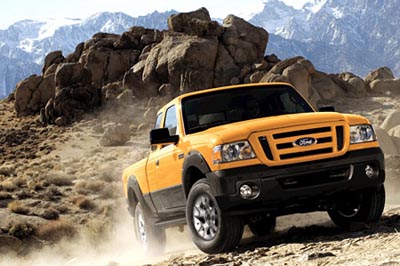 The Ford Ranger pickup truck has been a part of our lives for over 20 years, so it’s a little sad to hear that Ford Motor Company plans on putting an end to the model in 2009. What’s so special about 2009? Well, it will be during that year that both the Twin Cities Plant in St. Paul, Minnesota and the engine-casting plant in Cleveland, Ohio will be shut down for good.

Both of those Ford plants are facing closure due to Ford’s efforts to cut costs (and hopefully find themselves in the black). The closures are a part of Ford’s $2 billion UAW savings. The Twin Cities Plant has been responsible for manufacturing the Ranger, whereas the Cleveland plant has been casting engine blocks for the compact pickup.

At the same time, we’ve seen Ford toss the Taurus name aside, only to revive it a short time after in the form of a rebadged Ford Fusion. Could the same thing happen for the Ford Ranger? Time will tell.