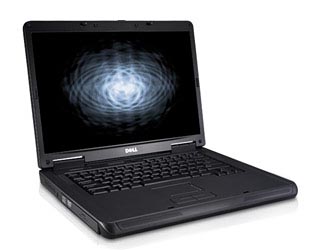 The Asus Eee PC isn’t the only ultra-affordable computing solution on the market and Dell wants you to know it. They want you to know it so bad that they’ve slashed the price on the Vostro 1000 by nearly 50%. Previously, the company thought that they were giving you a pretty decent deal by selling the Dell Vostro 1000 for about $700, but it is now available for a mere $399.

That places it at the exact same price point as the 4GB Asus Eee PC. There are considerably differences, of course, but it seems like the Vostro has the leg up in the performance department. You get treated to a 1.7GHz dual-core Athlon64 x2 processor, 1GB RAM, 256MB integrated ATI graphics, 8x DVD burner, and 802.11g WiFi. The operating system is XP Home. The downside is that the Vostro 1000 is not a 7-inch wonder; it’s a fairly standard 15.4-incher, making it a lot less portable.

Feel free to adjust the specs to you liking through the Dell configuration tool. Hopping up to XP Pro, for example, costs an extra $99. No Vista for you.