There is a severe lack of first-person shooters on the Nintendo DS. Touch the Dead has a horrible necrophiliac-like name and the gameplay leaves much to be desired. Although the DS has been a very solid seller for Nintendo, the handheld is still on the hunt for a solid FPS. The wait may soon be over.

Before there was Halo, before there was Call of Duty, there were a handful of legendary first-person shooters found on the good ol’ PC. Wolfenstein 3D was absolutely revolutionary and Doom is wildly heralded as one of the most successful PC games of all time, getting ported to just about every operating system known to man. And both games could be heading to the Nintendo DS.

ID’s Katherine Anna Kang and John Carmack sat down with Wired, revealing that the company is working on a “cell phone version of Wolfenstein, and they would like to do a simultaneous cell phone/DS release of the game.” They also confirmed that Doom DS is a distinct possibility that is being “looked into.” Bloody times to come. 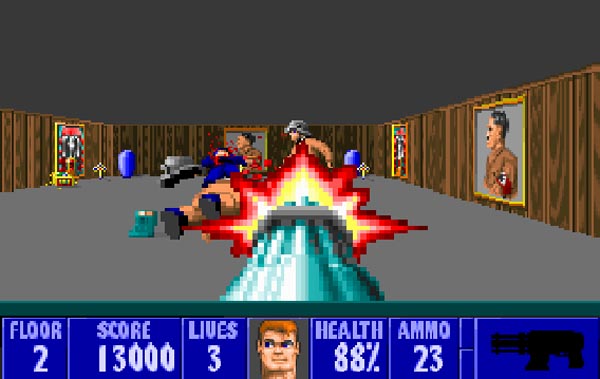