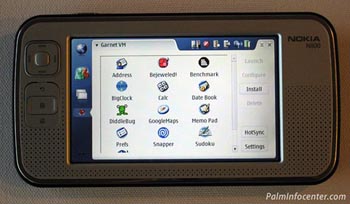 We heard yesterday that Access would be releasing an official build of Palm OS (Garnet) for Nokia N-series Internet tablet devices. It sounded like an interesting (albeit not totally necessary) creation, offering Nokia users another operating system option.

Ryan from Palm InfoCenter has put together a five-minute video demonstrating the use of Palm OS Garnet VM running on a Nokia N800 Internet Tablet. In the video that you can view below, Ryan runs us through the initial set up and launching of several Palm OS apps. You can also see various settings and options as well.