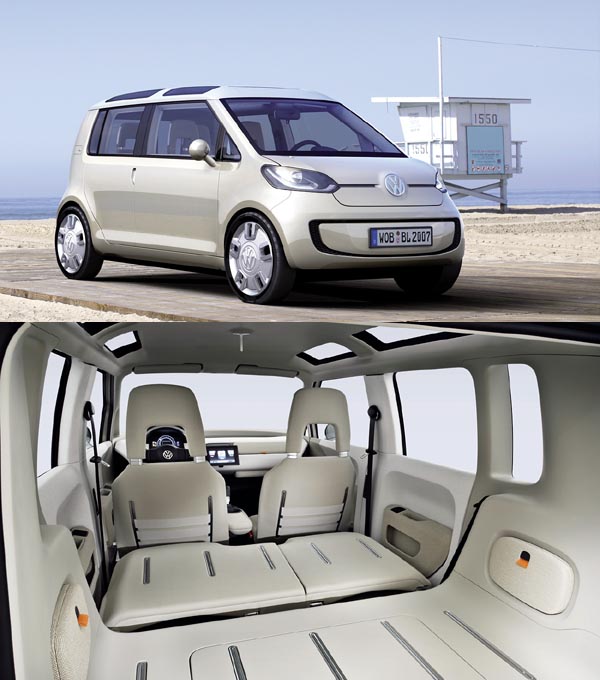 Volkswagen really needs to rethink how they name their concepts, because it’s so terribly confusing when you plunk an exclamation mark right in the middle of the name. Take the VW “Space Up! Blue” concept car, for example. When I first heard about this Vanagon-like vehicle, I thought it was simply the Space Up. And then the word “Blue” followed and I got all confused.

Anyways, the Volkswagen Space Up! Blue concept car isn’t so special in terms of physical appearance or layout, but it’s special because it develops its grunt from a set of 12 lithium-ion batteries. VW claims that this is the world’s first high temperature fuel cell vehicle.

The HT-FC (high temperature fuel cell) system is “superior to prior fuel cell technologies” for a number of reasons, but the anemic 61hp electric motor won’t win any awards at Nurburgring. You do get a range of 65 miles when running exclusively on the electric motor though. When refueled through VW’s HT-FC, the car gains an extra 155 miles of range.