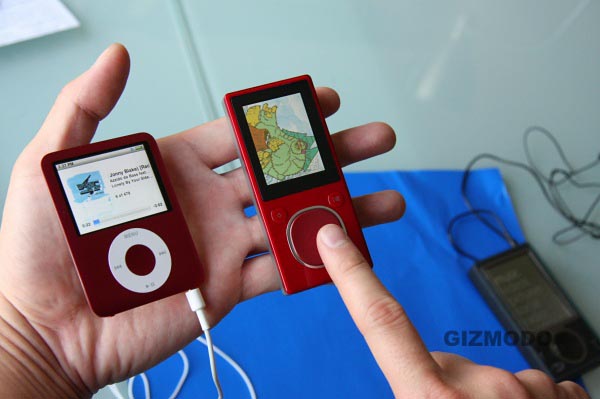 Brian Lam of Gizmodo got his greasy hands on a new Flash Zune and he was more than happy to take the multimedia player out for a test run. And yes, he once again tries to stuff the thing down his pants. To make matters worse, he selected the tightest pair of jeans he could find… and then he took a video.

In terms of general impressions, Brian is fairly impressed with the new hardware, especially with the touch-sensitive Zune Pad. This means of menu navigation is a significant step in the right direction compared to the first generation Zune. He also notes that the Flash Zune is quite thin, but it’s not as thin as the new iPod nano. Because of the extra length, it’s also not as pocketable.

Other things that he mentions include his love for the “slickest paint you’ve ever seen on a gadget”, the fact that the headphone jack is on the bottom, his appreciation for the raised profile on the D-pad, the dullness of the aluminum back, and how the black border “helps the screen pop nicely.” He also says that the chassis does have some flex to it. Follow the via link below to peep his vids too.