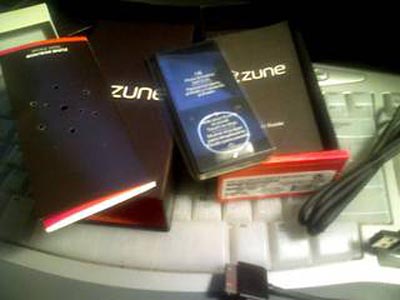 The Microsoft Zune 2 isn’t supposed to go on sale until tomorrow, but some errant merchants have already started selling the flash-based Zune 2 this past weekend. Naturally, several consumers jumped at the opportunity to be ahead of the game, but when they got home, they discovered a rather nasty surprise.

You see, Microsoft must have figured that some retail stores would break the rules and start selling their new music and video player ahead of schedule. As such, the Zune has been shipping with a non-functional firmware version, informing consumers that they will need to upgrade to the latest firmware before they can do anything. This message presumably comes up during the installation process… and there is no CD in the box. Instead, the new firmware can be downloaded freely from Microsoft’s servers starting November 13th.

This ensures that no one will have a functional Zune 2 until the official launch date. A sneaky tactic, to be sure, but it’s going to be one that’ll frustrate Joe Public. They won’t understand why the stupid Zune 2 doesn’t work right out of the box, possibly ditching the MS player and migrating back over to Apple land where things just work.