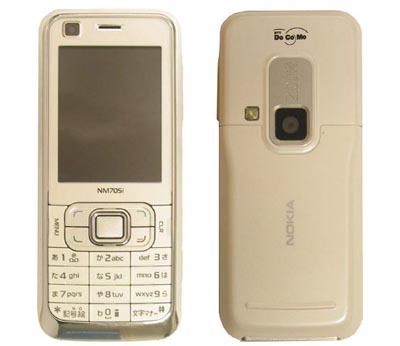 Here’s a strange one for you. We come across phones destined for the Japanese market all the time. We also see handsets approved by the FCC. It’s rare, however, to see both tidbits applying to the exact same handset.

That appears to be the case today, because the Nokia NM705i candybar is getting geared up for launch with NTT DoCoMo in Japan, but at the same time, the mobile phone is making an appearance at the FCC offices, seeking approval. I’d imagine a few radio swaps would be in order for the phone to work in North America, because it has been designed to work with FOMA (WCDMA 2100). Thankfully, ti also has WCDMA 800/850 and quad-band GSM, the latter of which would be lovely for AT&T.

Key features include an on-board FM radio, Bluetooth 2.0, and some sort of camera. No word on pricing or availability.