While there is some back-country in Europe, most people live pretty close to the cities, so there is little need for a full blown SUV. Just like in North America where all sorts of people drive smaller sport utes around in the city, Toyota is ramping up a small SUV for Europe that will be based on the 2006 Urban Cruiser concept.

As you may or may not know (I didn’t know until I read this story), the Toyota Ist is actually based on the Scion xD which urban cruises around in the United States. The variant of the Urban Cruiser – pictured here — that will eventually find its way to Europe will be similar in nature, getting slotted beneath the larger Toyota RAV4.

It’ll be interesting to see what kind of powertrain options will be made available, seeing how 4WD and AWD aren’t exactly necessary in the city. Well, unless you’re urban cruising around in the snow in Oslo or something. We”l find out at the Geneva Motor Show in March. 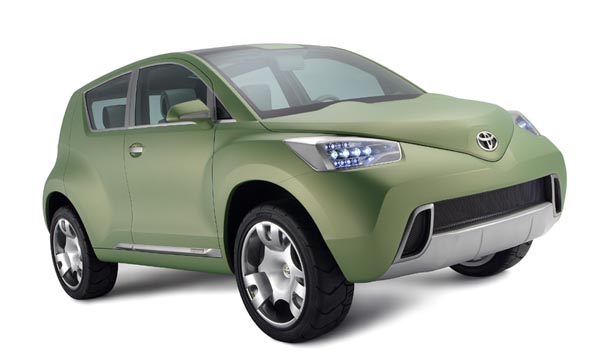