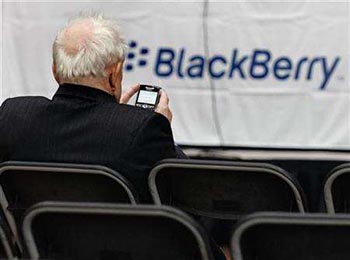 Research in Motion, the Canadian firm behind the ubiquitous BlackBerry handheld, is dishing out an onslaught of lawsuits, all of which are aimed squarely against LG. You see, RIM has their panties all up in a bunch over LG’s use of terms like black, berry, and pearl. In fact, the legal action is going so far as to demand LG to completely destroy any and all LG phones that contain the words black, blue, or pearl in their name.

Apparently, LG has been issuing a number of handsets whose colors are described by monikers like Black Cherry and Strawberry, and well, RIM doesn’t really like that. Ironically, when LG was first trying to ship some of these mobile phones State-side, Verizon asked RIM about clearing the names. Even though RIM declined, LG and Verizon went ahead anyways. In this way, it’s not like this lawsuit came out of left field.

It will be interesting to see how this plays out. If RIM wins, will Verizon and LG really have to recall all of those phones and allow them to be attacked by a thousand nations of the Persian Empire? Oh wait, that’s a different movie.