This sounds a little reversed, but the people of Hong Kong have got to be happy. Instead of turning to Chinese manufacturers to create an iPhone clone, wouldn’t it be better to have the real deal, but to have it with full Chinese support? Now you can. The free NativeCN 2.30 third party application for the iPhone grants Apple cell phone users the ability to type in Chinese, just as they would on their home computers.

The on-screen QWERTY keyboard gets outfitted with all of those squiggly lines so that Chinese characters — both simplified and traditional — can be input and theoretically sent via SMS, email, or whatever else you need to do with your iPhone. Better still, NativeCN 2.30 is perfectly compatible with firmware v1.1.1 and according to a storefront window, they’re selling unlocked iPhones in Hong Kong anyways. Now they’ve got Chinese support to boot.

Recognizing a cash grab opportunity, Hong Kong retailers “are now promoting the installation service with a fee,” despite the fact that the application itself is free. 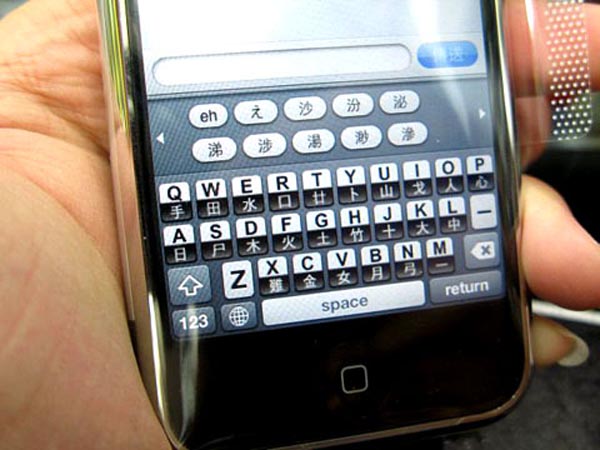