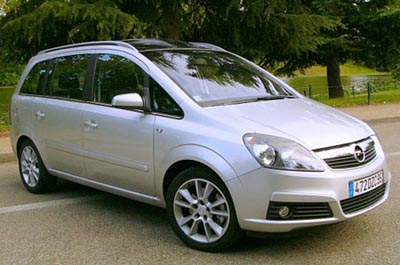 While American automakers already have a presence in Europe, all of those cars rolling around in Munich and London are not actually manufactured in Detroit. That may soon change, however, thanks largely to a weak American dollar and more competitive union contracts. General Motors is the one garnering the most attention at this point, possibly building the Opel Zafira in Detroit for Euro consumption.

A US-built Zafira is quoted as being a “distinct possibility” and the possibility becomes a probability, considering that a slightly modified version with Chevrolet badging could be destined for the US market in mid-2009.

By building cars in the United States for consumption in Europe, General Motors has two key rewards to reap: first, plant utilization in North America would be strengthened and second, they would be able to increase European capacity. Profits are sure to follow, right?