Big news surrounding the 2008 Honda Accord has been flying around on the Internet for a long time and now that the new flagship car is available for public consumption, everyone’s wondering if the wait was worth it. The editors at Leftlane News had the opportunity to take the 2008 Honda Accord LX sedan out for a spin around the block and their overall impressions are that the car is “very impressive.”

The test car is not top of the line, but it does give a good indication as to what you should expect from Honda’s mid-size family sedan. Leftlane News notes that the 2008 Accord is definitely larger and more stylish than its predecessor. In fact, the extra girth has bumped the Accord into the realms of “large car” according to the EPA. The fresh design is meant to attract younger buyers and it seems to be working.

The front fascia is aggressive, the chrome grille looks handsome, and the upward-sweeping lines give an illusion of motion. The editors were particularly impressed with the all-new interior, saying that it is “the new benchmark for the segment.” The performance is equally impressive from the 177 horsepower 2.4L four-cylinder, an “extremely responsive” powerplant. Prices for the new Accord start at $20,360. 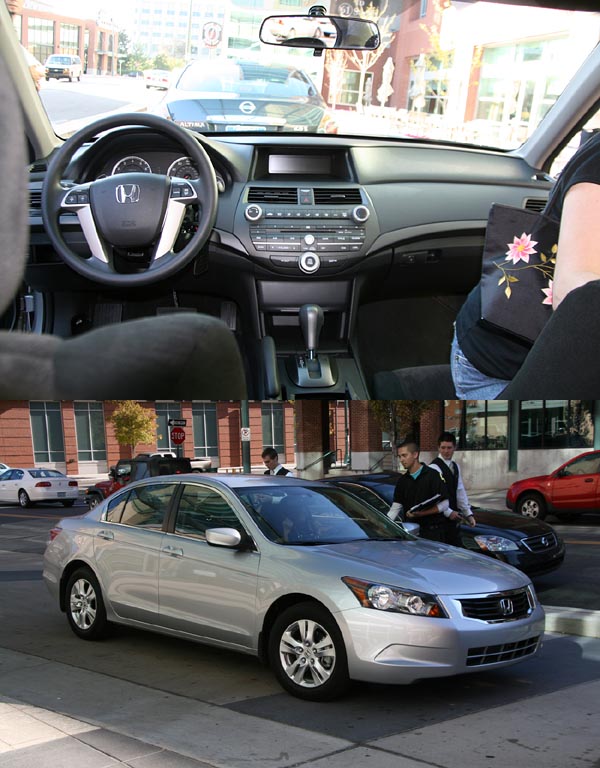