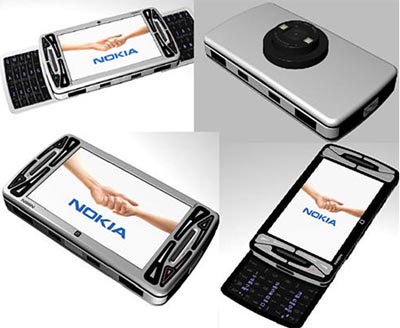 When the first N-Gage device hit the market years ago, Nokia was hoping that they would revolutionize the mobile gaming industry. Things didn’t quite work out the way they had hoped, but the Finnish phonemaker has injected a whole lot of muscle mass into this next generation of N-Gage fueled cell phones and based on the initial reaction to the Nokia N81, things are looking on the up and up.

One of the cooler features found on the Nokia N95 is its dual-sliding form factor. Well, the Nokia N96 concept phone that you see here takes that dual sliding even further, letting you enjoy both protruding keypads at the same time. In this way, it becomes perfectly functional as a PDA or messaging phone, granting you access to a full slate of QWERTY. It also makes for a much more intuitive video game interface — this is where N-Gage comes into play — because you’ve got controls on either side of the landscape-oriented display.