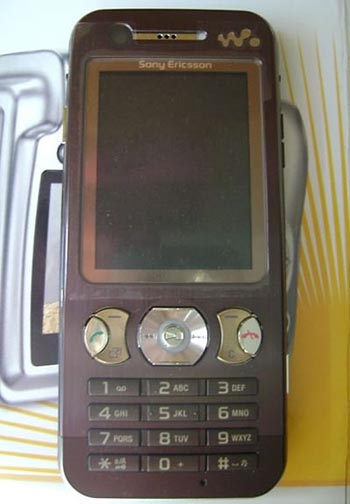 Sony Ericsson is preparing a minor onslaught of cell phones for us some time this week and tomorrow seems like the most likely candidate. We’re getting treated to the W890i and W380i Walkman phones as well as the K660i Cyber-shot phone.

Shown here is the Sony Ericsson W890i, a candybar phone that was first leaked back in September. Key features on this metallic bodied Walkman phone include a 3.2 megapixel autofocus camera, Bluetooth, 2-inch QVGA display, UMTS, and a secondary camera for video calls. And all this is packed into a 12mm thick body.

Following up on the W300i is the W380i. Not as much information has been made available about this particular music phone, but we’re more than certain that the phone will be a clamshell and it’ll likely carry a 1.3 megapixel camera to boot.

Last but certainly not least is the Sony Ericsson K660i. It’s a 3G phone that lets you toggle between landscape and portrait orientations on its 262k color QVGA screen. Specs include 32MB internal memory, M2 expansion, quad-band GSM, 2 megapixel camera, NetFront web browser, RSS, Bluetooth, PictBridge, and FM radio. You can choose between lime on white and wine on black color schemes.