When I came across this supposedly new digital audio player from Samsung, I swore that I’ve seen the YP-T10 before. It just looks so familiar and then it dawned on me: isn’t the YP-T10 basically the same as the Samsung YP-K3. Sure, it falls under the T-series rather than the K-series, but when you check out the layout of the touch-sensitive controls, they look pretty much identical.

In terms of specs and features, much of it reads the same as well. You still get a multimedia player that will handle the usual smattering of audio formats like MP3, WMA, and OGG, but the YP-T10 does get a leg up in a few departments. For starters, it can handle WMV video on its 2-inch screen, communicate with handsfree headphones via Bluetooth, and it’s got something called Character GUI. 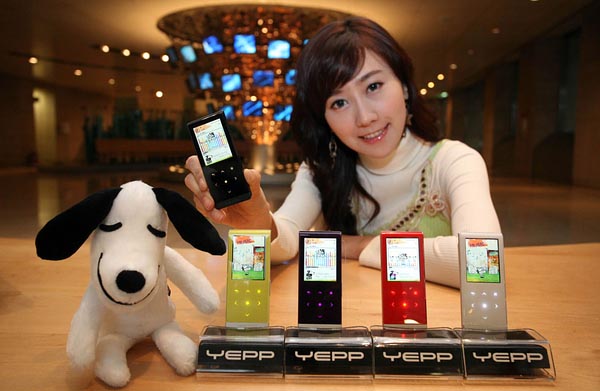