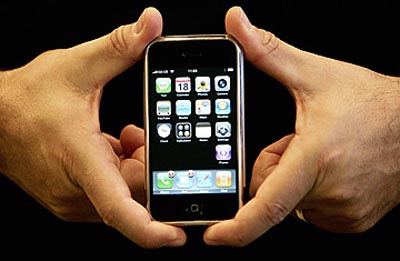 Everyone has been talking about the iPhone even before it officially existed. Now that it’s been on the market for a few months, we’re really starting to experience its impact on the world of mobile technology. In fact, the iPhone has been so impact-ful that Time Magazine has named Apple’s cell phone their invention of the year.

Five reasons were cited for its selection over other notable inventions this year. (Can you even name one that has been as influential?) For starters, the writer says that the “iPhone is pretty” and “most high-tech companies don’t take design seriously. They treat it as an afterthought.” By contrast, the iPhone was arguably created with physical attractiveness as a top priority.

The other four reasons given were: it’s touchy-feely; it will make other phones better; it’s not a phone, it’s a platform (sounds like Helio); and it is but the ghost of iPhones yet to come. Can you imagine what the next generation of iPhone can bring? Look at what the company did with the iPod.