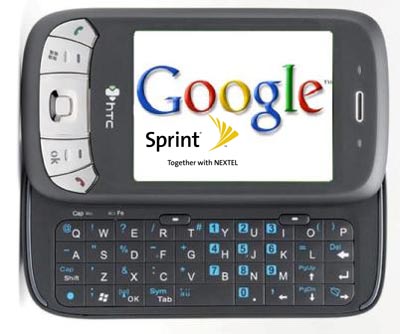 AT&T may have snatched up the exclusive rights to the iPhone, but both Sprint-Nextel and Verizon Wireless are in “advanced talks” to bring a Google Phone into their fray. While the agreement may not necessarily bring a particular Google Phone handset into their respective lineups, it could see the arrival of a new “mobile-phone operating system.”

As news surrounding the possibility of a Google Phone continues to get reported, the search engine giant enjoys all this attention in the form of rising stock prices. A single share in Google broke the $700 mark earlier today after passing $600 just three weeks ago.

The most recent development calls for a Google Phone of some kind hitting the American market in the middle of next year. This is good news for consumers, because “a Google technology partnership might let the carriers offer cheaper phones, because Google’s licensing fees for its software and operating system would likely be less than the industry standard.”