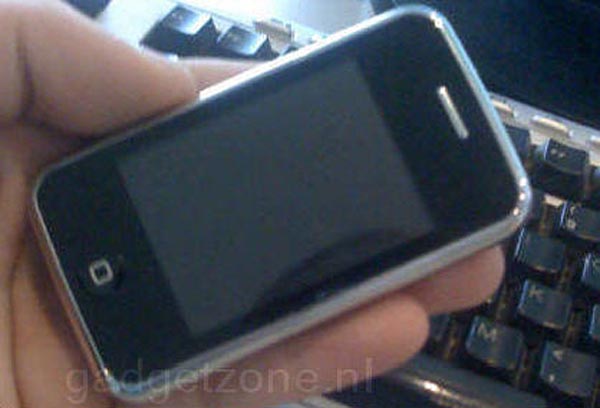 Calm down, Cupertino fanboys. Take a deep breath. Are you with me? Good, because what you see here could very well be the much more pocketable Apple iPhone Nano, a scaled down version of the iPhone that everyone seems to know and love.

Then again, there are reports that this is not an official Apple product. It’s not a hoax, per se, but rather it’s another entry into a long line of knockoff products coming out of China. The unnamed unit is probably not an iPhone nano, but is most likely just a portable media player with Apple-like tendencies. You know how Chinese manufacturers like to do stuff like that.

Shucks. This doesn’t mean that Steve Jobs and the rest of the Apple crew aren’t working on a phone that is about one-third the size of the original iPhone. It does mean that this isn’t it, though.