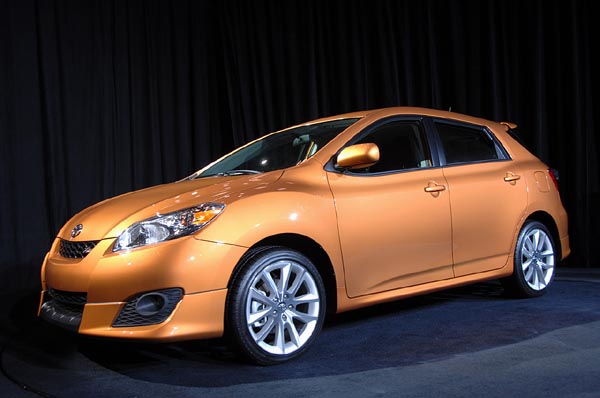 I realize that the Toyota Matrix isn’t the most exciting car in the world, but it is one of the most versatile. Over at SEMA 2007 in Las Vegas, the 2009 Toyota Matrix as unveiled unto the world, immediately bringing comparisons to the Mazda 3 Sport into play. C’mon, I can’t be the only one who thinks the increasingly round contours on the next-gen Corolla Matrix brings it that much closer to being a Mazda 3 clone.

Then again, it could be a chicken-and-egg kind of argument, seeing how the two cars basically attack the same segment of the market. Owners of the current Matrix will probably get mad at me if I refer to the new car as a glorified station wagon, because this style of vehicle is largely getting referred to as a sports wagon or perhaps a five-door hatchback.

Toyota says that the new Matrix has “the soul of a two-door sports car”, but it’s been thrown into a much more practical skin. Choose between the 1.8L or 2.4L engines (both four cylinder) for 132hp or 158hp, respectively. These are the same powerplant options as those for the ’09 Corolla.

No word on price, but the 2009 Toyota Matrix is set to hit dealerships in February 2008.