Prior to getting my T-Mobile MDA (HTC Wizard), I used my Sony Clie PDA quite extensively to keep track of contacts and appointments. It wasn’t the most powerful device in the world, but it got the job done. Designer Bence Bogar has seemingly taken the core design behind the Clie PDA and transformed it into the Sony Ericsson PXi touchscreen smartphone for lefties… though “it’s flexible enough for righties too.”

Featuring a huge 3.3-inch touchscreen display, the Sony Ericsson PXi concept phone is wrapped up in magnesium framing and will accept both finger and stylus input. Much like the iPhone — you know the comparisons are inevitable — the SE PXi is also slim and ergonomic. Bence also notes that the display will automatically rotate to landscape when needed.

One area where the SE PXi one-ups the competition is the inclusion of a second touchscreen along the right edge, adapting to whatever app is currently open. Other specs include 2 card slots, stereo speakers, and a 5 megapixel Cyber-shot camera. Obviously, it’s still a concept, so there’s no saying when and if the PXi will ever make it to production. 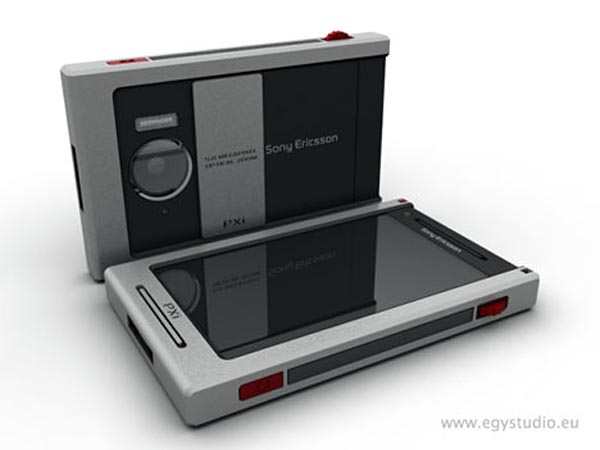