We spied it. We discovered that it could be the first in a whole family of messaging phones. Well, the rumors have finally come to fruition, because T-Mobile has officially revealed the HTC Shadow and it looks every bit as sweet as we thought it would.

Wilson Rothman of Gizmodo went hands on with the sliding smartphone and is reasonably impressed on all fronts. The HTC Shadow runs on a modified version of Windows Mobile 6, hiding behind an interface skin “that shields the user from the immediate effects of the Windows Mobile UI.” You’ll also notice that MyFaves support is ere in full tow.

The 2.6-inch display is no touchscreen. Instead, much of the interface is performed through a “comfortable click wheel.” The SureType keyboard “worked great combined with solid predictive typing software.” Pick up the T-Mobile HTC Shadow for $150 when do a qualifying voice-and-data plan for two years. The price jumps to $200 if you opt out of the $20/month unlimited data plan. 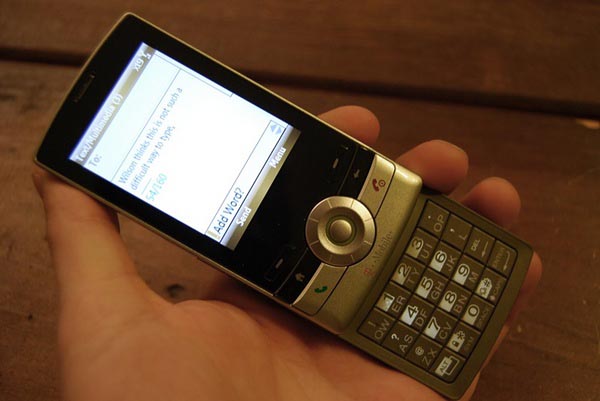