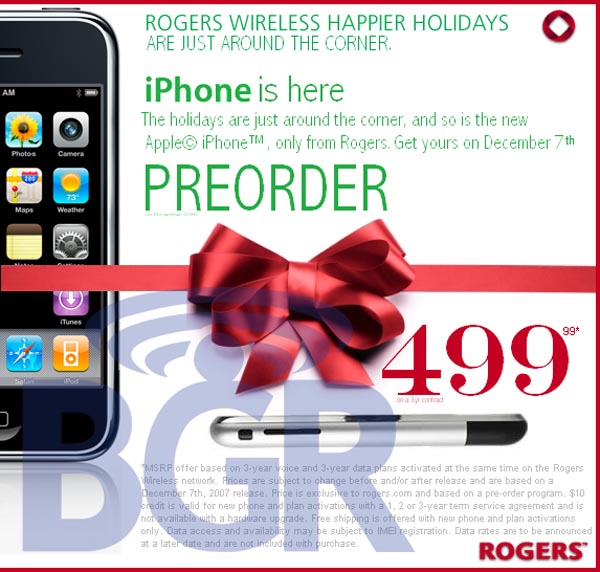 When it comes to hot new cell phones, Canadians typically get the short end of the stick. We’ve been teased and abused about the possibility of an iPhone launch north of the 49th parallel, most recently with a certain Molson contest, but this leaked ad spot looks a little more legitimate.

Based on this leaked product shot, the Apple iPhone will make its way to Canada in time for the holidays and it’ll be priced at $499.99, presumably with a qualifying three-year contract. The date on the ad is December 7th, but we hear that pre-orders will commence on November 20th.

What’s more, the contract price is based on both a voice and a data plan, and I’m thinking that Rogers isn’t about to go unlimited data on us. More specifically, the fine print reads that “data rates are to be announced at a later date and are not included with purchase.”

I’ll take this report with a serious grain of salt, but we’ll know for certain in a few weeks if this really comes to fruition.