Wait, isn’t that just a Legacy station wagon? Basically. The Subaru EXIGA Concept, at its core, is Japan’s best selling station wagon with a couple of extra seats thrown in the cargo area in the back, effectively transforming that relatively compact vehicle into a seven-seater.

Because of its station wagon configuration, the Subaru EXIGA is considerably smaller than any other seven-seat vehicle on the market. It’s certainly more compact than any minivan on the market and it sits a heck of a lot lower than any crossover vehicle. Interestingly, the Subaru EXIGA Concept represents the first seven-seater from the company to hit the shores of Japan. The B9 Tribeca never made it to the land of the rising sun. 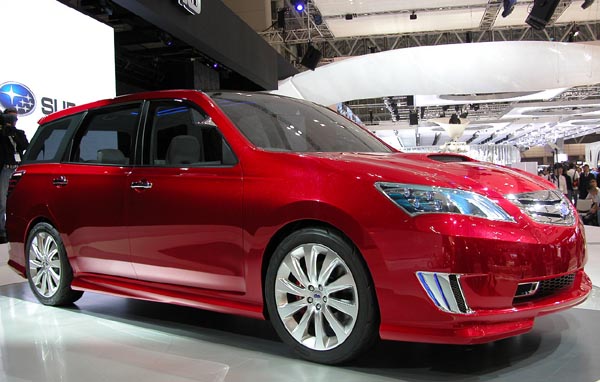