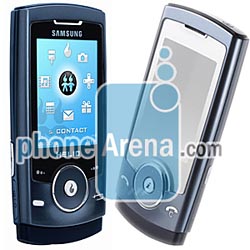 When we caught glimpse of the secret Helio Mysto earlier this month, we were left guessing as to what this phone really was and what it had to offer. All we knew was that the slider phone would likely replace the Helio Drift and we guessed that it was a re-branded Samsung SPH-A523.

More information has now come to surface about the Helio Mysto and it is more or less confirmed that it is indeed the Samsung SPH-A523, which is basically the CDMA version of the Samsung U600, also known as the Ultra Edition 10.9. The very thin (10.9mm) slider phone comes with all sorts of good stuff, like a 3.2 megapixel camera, QVGA screen, touch-sensitive buttons, EV-DO, GPS, and stereo Bluetooth.

No exact date has been leaked, but we’re told that the Helio Mysto is set to be released soon. Obviously, it’ll rock that popular Helio interface rather than the one found on the U600.