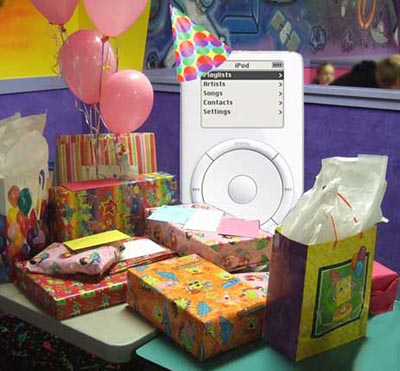 Today’s a very big day for a certain glossy white music player. It was on this day six years ago that the Apple iPod was birthed into the world and it has never looked back. When it was originally released, very few people owned any sort of MP3 player, but now you can’t walk down the street without seeing someone with a set of white earbuds protruding from their skulls.

The first generation iPod wasn’t particularly special, based on today’s standards. There was no click wheel. There was no video playback. Heck, even the screen wasn’t in color! With each successive generation, though, Steve Jobs and the rest of the Cupertino crew introduced advancements, improvements, and upgrades. It also got more affordable to own.

No need to buy the iPod a present for its sixth birthday. Your continual reverence of all things Apple is all it asks for in return.