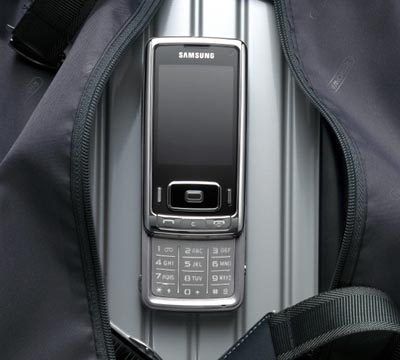 Camera phones certainly have come a long way since the blurry VGA (or worse) units we found on early handsets. The Samsung SGH-G800, for example, comes equipped with a powerful 5.0 megapixel camera, snapping pictures that are just as detailed and brilliant as an equivalent standalone camera. The camera side of things gets bolstered with 3x optical zoom, face recognition, xenon flash, auto focus, and auto exposure compensation.

With features like those, you’d swear that the SGH-G800 belonged in the camera aisle rather than being next to several not-so-picture-perfect mobile phones. Outside of its photographic tendencies, this fashionable slider phone also supports 3.6 Mbps HSDPA, optimized mobile web browsing, and probably a music player too.

Look for the Samsung SGH-G800 to launch initially in Europe before spreading to the worldwide market.